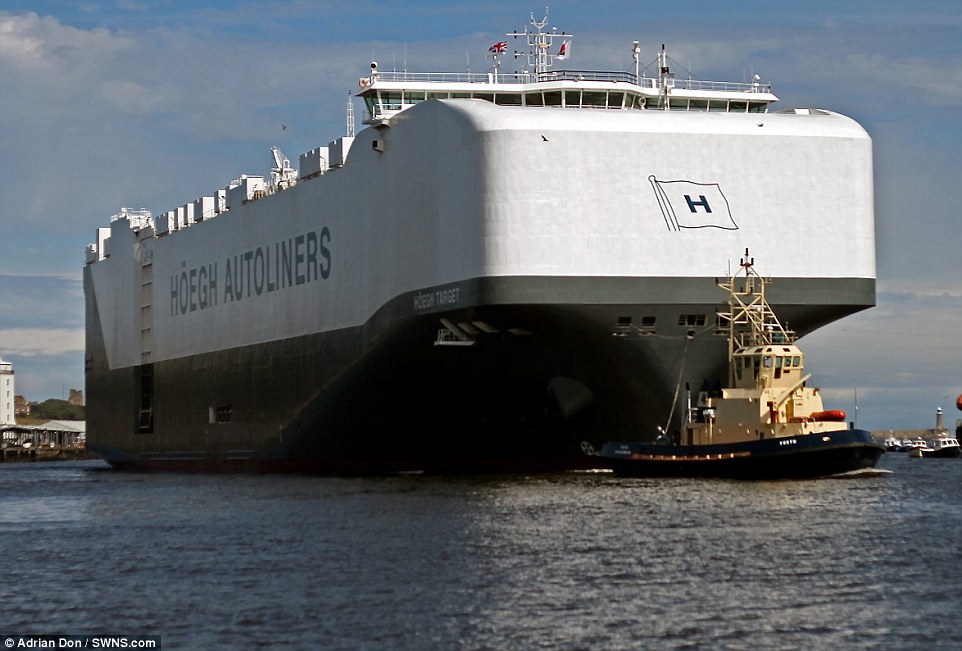 Ships have always been key to trade. They have empowered civilizations for thousands of years and allowed for communication and exchange with faraway communities. Today’s shipping industry is highly diversified. There are many different kinds of specialist merchant ships. Here is a very brief rundown of some of the most commonly seen merchant vessels.

The automobile industry relies heavily upon shipping to transport vehicles from continent to contentment. In many markets, domestically produced vehicles are far less common than those made overseas. Although some vehicles are produced under license in the countries they will be used in, many others are spirited across the sea on special car carriers. Manufacturers are not the only organizations shipping vehicles. Companies like Shiply car transport organize places on car carriers for individual consumers that need their vehicles shipping between countries.

Car carriers are usually specialist high-capacity roll-on roll-off ships with vast and cavernous holds. The largest car carrier can hold up to 8500 vehicles on 14 different decks, says DailyMail. It typically works on the Asia to Europe route carrying cars built in Japan to their eventual markets. When car carriers reach their destination port, a large team of drivers meets it. They are given the unenviably dull task of offloading thousands of cars into port holding areas as quickly as possible so that the ship can take on more cargo and head back to Asia. The first true car carriers were developed in the 1950s. Before that time, cars were loaded onto conventional bulk carrier ships using cranes. The first roll-on roll-off car carrier was built in 1963 and named the Aniara. Ships are unlikely to be supplanted by aircraft in the international car trade due to the sheer weight of vehicles.

Oil tankers are specially designed ships suitable for – you guessed it – carrying oil. Oil tankers’ hulls are filled with enormous reservoirs that can carry vast quantities of crude or refined oil. In 2018 2.8 billion tons of crude oil were transported. A huge majority of this oil was transported within the bellies of tankers.

Oil tankers are well known for their absolutely mind-blowing sizes. The largest ship in the world – which was originally called the Seawise Giant before being renamed several times by new owners – was an oil tanker. Unfortunately broken up by salvage teams due to changing petroleum industry, the Seawise Giant was 458.45 meters long. This makes it fractionally longer than the Empire State Building is tall. The enormous ship fell victim to international conflict when it was attacked during the ‘tanker war’ phase of the Iran – Iraq war. Iraqi fighter bombers fired missiles at the ship while it was transporting Iranian oil. Such was the value of the Seawise Giant that its wreckage was purchased, and it was refloated and repaired for many more years of service.

Chemical carriers, like oil tankers, carry bulk liquids in hull-based tanks. They are typically adapted in order to safely carry the chemicals they are tasked with transporting. Certain chemicals are extremely corrosive and/ or flammable. In order to carry chemicals of this type, the tanks of a chemical carrying ship need to be coated with zinc and located behind a blast shield. Cargoes that are water-reactive are not permitted to be carried adjacent to the ship’s hull. The accommodation and engine room are required to be aft of the storage tanks. This is a rule stipulated in the International Bulk Chemical Code and is a crew protection measure. The International Bulk Chemical Code provides an international set of standards for the safe transportation of chemicals by sea. International codes are extremely important in the shipping industry. Ships may not always be traveling in the territory of a single nation, but their operators still need to be kept to standards that ensure a degree of safety and responsibility.

Containerization has revolutionized the merchant marine industry. The containerization of the shipping industry began just after World War Two, and the use of containers has become the most common method for exporting and importing consumer goods. There are, at the very least, 17 million shipping containers in circulation worldwide. Containers allow for the construction of highly automated ports, which make use of the predetermined size of all containers. They can be loaded easily onto trains and trucks, making them far easier to distribute.

Container ships are often vast. They carry thousands of containers each trip. The most containers ever loaded onto a ship was 21,710 – loaded onto the ship Ever Ace in 2021 on a trip to Rotterdam. Container shipping allows exporters and importers to exploit economies of scale to a large degree, and can carry a wide variety of multiple kinds of goods.

Bulk carriers are the simplest kinds of merchant vessels and one of the oldest styles still in use today. Bulk carriers are used to transport coal, grain, salt, and any other kind of bulk product. They are typically loaded with cranes, conveyor belts, or by hand, depending upon their size and cargo. Bulk carriers are far less common on the high seas today, thanks to the ubiquity of the container vessel. Small-scale bulk carriers are still seen regularly plying their trade on coastal and river routes all around the world.

Ships and cargo that have been sunk or damaged enough that they cannot proceed to a port are rescued using salvage ships. These ships usually contain specialist equipment such as high-powered cranes and arc cutters. For extremely deep wreck salvation operations, some ships carry remote submersibles that can survey extremely inhospitable areas of the ocean without putting lives at risk. Ocean-going salvage vessels are often contracted by larger shipping companies to carry out recovery work. The maritime laws surrounding oceanic salvage are extremely complicated. The most common kind of salvage operation is known as contractual salvage and involves the salvaging of property for a predetermined reward collected from the property owner.