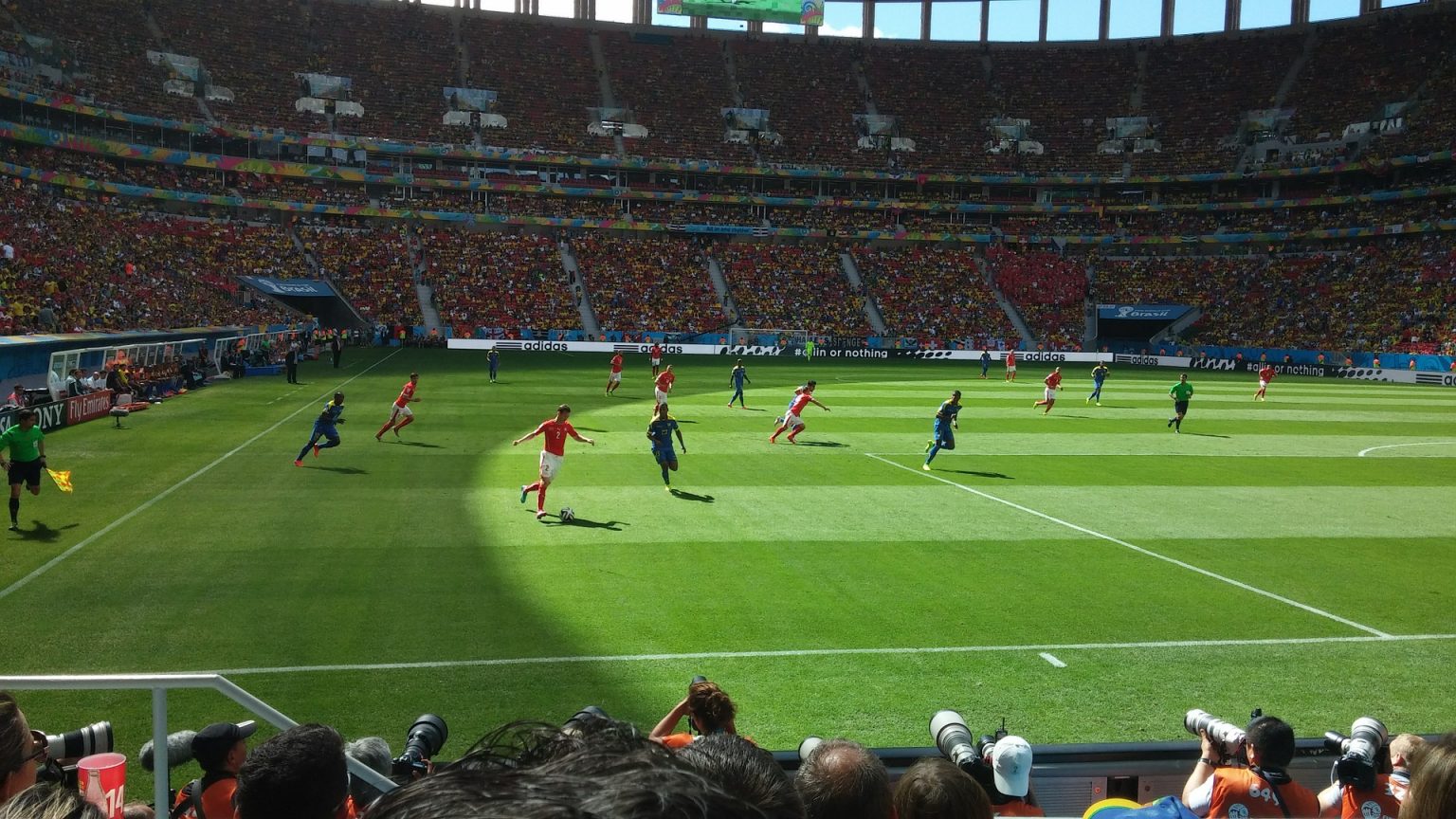 Observing the history of sports simulators, you can track how computer games evolved and how the soccer industry has grown over the past decades. Let’s give an overview of FIFA, the most popular series of soccer video games created by the Canadian developer EA Sports, a member of Electronic Arts Corporation.

The series began in late 1993, and since then the developers has annually pleased fans with new installments. The latest game in the series, FIFA 2022, was released on October 1. Inspired by this simulator and the implementation of artificial intelligence in video games, a group of enthusiasts created BPRO EXPERT, a project that uses machine learning to calculate soccer match results.

Now it’s time to recall the most prominent moments in the history of EA’s simulators. Even though FIFA fans aren’t always satisfied with new versions of the game, they are always looking forward to new releases.

The very first game in the series helped FIFA to occupy a special position in the niche of soccer simulators. The debut installment got the name of FIFA International Soccer and had several features:

In total, there were 48 teams represented in the game. Although the names of virtual players were fictitious, they had detailed characteristics. A gamer knew what to expect from a selected character and could make the most of the gameplay features.

With the next installment released in November 1994, game characters became recognizable. A year later, team members were presented with real names. For the first time, gamers got a chance to play not just for their favorite teams, but also for their soccer idols. Moreover, FIFA Soccer 96 was the first to use 3D graphics!

The next FIFA releases included a variety of improvements. Year after year, the graphics and gameplay were getting better. Also, soccer leagues were added. Character positioning on the virtual pitch was true, and all players had real names and a completely recognizable appearances.

Clearly, the developers sought to do their best to create the most immersive game. Realistic graphics were the most obvious solution to achieving the aim. While other video games also became more realistic, the continuous enhancement of visual effects was necessary to maintain competitiveness in the market. In my opinion, it is much more interesting to explore other game aspects that have been improved.

Starting with the FIFA Football 2002 version, characters performance on the soccer pitch became more coherent. Players started acting like a real team: pass the ball of varying strength and effectiveness, cooperate according to their functional roles.

Nothing makes a game more real than advertising — exactly the same as in real stadiums. Advertising boards surrounding the soccer pitch are real brands that have paid for their presence on the screens of millions of gamers around the globe. Virtual soccer clubs have real sponsors, and you can see their brand names on player uniform or hear about them in running commentaries. Combine this with a loud stadium noise for an incomparable sense of presence at the match.

In FIFA, not only can a gamer develop as a soccer player, but also as a team manager. Here you can move away from the reality and shuffle players between teams as you like (as long as you have enough money for this — FIFA Points, an in-game currency). The gamer can sale, purchase or temporary loan a soccer players during a transfer window at the end and in the middle of the season — just like in real life!

FIFA developers bank on an active and sometimes aggressive game. This sets the gameplay dynamics and may involve bumps against an opposing player during a tackle or a race to the ball. And it really looks like a live game.

Starting with FIFA 98: Road to World Cup, each installment has its own licensed soundtrack, matches are accompanied by commentaries, and gamers see all the attributes of corresponding tournament during championships.

The series gives an opportunity to create an alternative soccer reality: to form a dream team, play a role of a rising soccer star and feel control over the favorite game. In my opinion, the secret of FIFA’s success lies in the atmosphere of real competition, and the enormous army of fans proves it.

When watching your next football match, check out 스포츠방송.