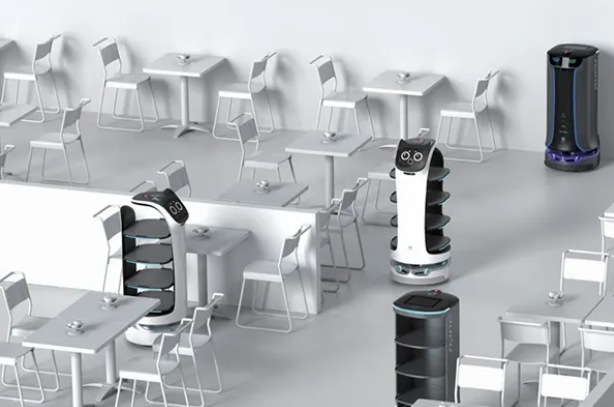 Due to the increase in operating costs, many restaurants are struggling to keep employees on. Many of their workers are leaving or demanding higher wages, which restaurants often can’t pay. The effect of inflation is especially hard on the smaller, independent restaurants. What many of them have started to do is turn to robotics for help.

Navia Robotics produces robot servers that are designed for today’s fast-paced workplace. Their robots can be a good substitute for human employees for some tasks, helping to cut costs and deal with labor shortages in a very efficient way.

Restaurant owners are looking for where they can stop spending money unnecessarily. Often, they are paying workers who do not have anything to do during the slow periods. In these instances, it may be beneficial for them to have robot workers instead who do not need to be paid hourly.

California has a new wage law that is going into effect in 2023. This law would require restaurant chains to start paying workers a minimum of $22.00 an hour period while this may be affordable for the larger chains, independent and smaller restaurants are going to struggle to maintain those wages for all of their workers. They may start losing workers to the larger chains, and therefore lose the battle of wage competition. The costs add up with this new hourly rate, as restaurants will end up paying their workers about $45,000 a year. Compare that to Navia Robotics products, and it comes out to about the cost of three serving robots.

What can these robots do? Each of them is equipped with serving trays and obstacle sensors. They can carry heavy loads, heavier than the average human waiter could, and they can deftly move around tables, chairs, and customers in the restaurant to do their duties. One of the most in-demand serving robots that Navia Robotics offers is the Bellabot, capable of moving with four serving trays and carrying as much as 90 pounds of food.

When comparing Navia’s robots to those from competing robotics companies, the difference is obvious. They can handle close quarter spaces very well, moving expertly between objects and stopping within inches of their assigned tables and stations. These robots can be used to bring customers to their table, bus items to the table, and more. They can also handle hot items without any risk of being injured, which makes them excellent for restaurants where there are safety concerns about waiters continually handling hot food.

The robots can even upload images to various social media sites to help restaurants improve their brand awareness. For restaurants trying to adapt inflation and a loss of their workforce, Navia Robotics is ready to help.