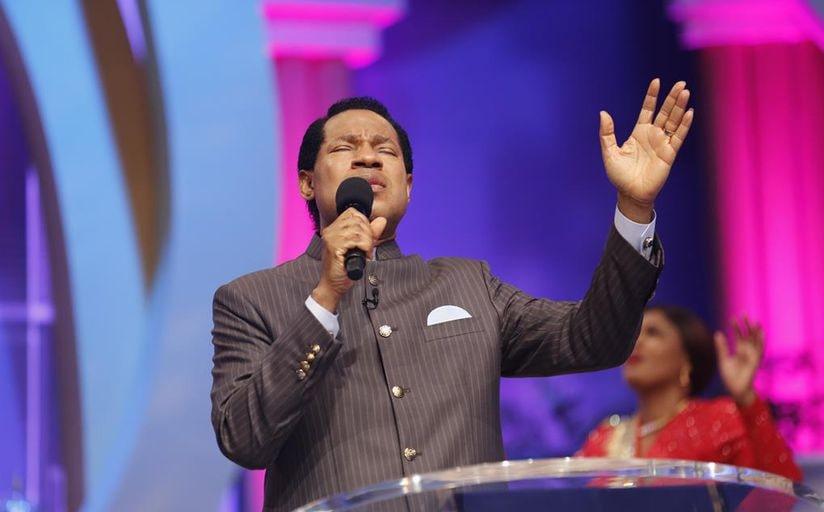 After each Healing Streams Live Healing Services session with Pastor Chris Oyakhilome, testimonies of healing saturate social media. A new edition of the healing program is scheduled for this weekend.

The March 2022 edition will be the first of this year.

The broadcast will be aired on all LoveWorld tv channels and digital platforms daily at 6 PM GMT+1. You can sign up for the event on the Healing Streams’ website.

Over the weekend, Pastor Chris Oyakhilome will heal people who are suffering from various diseases and pains, as he has done at previous Healing Streams Healing Services sessions.

The Healing School promises that the event “will show the world that Jesus is alive; He’s still doing good, healing the sick and the oppressed, and the good news of divine life in Christ will be made manifest to billions across the globe.”

Last year, Pastor Chris Oyakhilome and the Healing School hosted three Healing Streams Live Healing Services, each one more powerful than the other.

The most recent one took place from Friday, October 29th to Sunday, October 31st, 2021, where believers from all over the world tuned in to witness people being healed.

After the broadcast, many of the participants testified to how they were healed during the Healing Streams Live Healing Services.

A Kenyan woman who could not stand or walk without being in pain was among the people who received healing.

She was healed when she watched Pastor Chris Oyakhilome’s program and can stand, walk bend and jump today without problems or pains.

“When pastor was praying for people all around the world, and he told people to stretch their hands towards him if they could not reach the screen, I told her to lay her hands on the television,” her friend explained.

“She moved, and she laid hands on the television. Then, pastor spoke of the spine injuries and that the pain needs to go. She moved her hand from the television and put it where she felt the pain. She told me afterwards that she felt a cold sensation through her body, and the pain disappeared,” the friend added.

Man healed at Healing Streams: “Now, I can walk straight”

A man who experienced problems walking because his legs were not equally long also testified to how he received healing at the Healing Streams Live Healing Services session in October.

“I received my healing. I remember feeling a cold sensation in the bottom of my feet, and now, I can walk straight. Glory to God. I am so grateful to Pastor Chris,” he stated.

When Pastor Chris Oyahkilome put his healing hands on people in October, he did it with these words:

“Come out of them in Jesus’ name! And return to them no more. Let them go. I command the migraine headaches to cease, the diabetes to go. Just out your hand wherever you want that miracle,” he added.

Pastor Chris Oyakhilome is one of the most well-known and influential religious leaders in his native Nigeria.

He is the head of one of the world’s largest Christian congregations, Christ Embassy, also known as LoveWorld Inc., which he founded in 1987.

Over the years, Pastor Chris Oyakhlilome has risen to fame globally, which has resulted in more than 100 Christ Embassy branches all over the globe, including in the United States, Nigeria, the United Kingdom, Canada and South Africa.

It is estimated that Christ Embassy has around 13 million members worldwide.

They are all eager to see their pastor minister live, and he is no stranger to gathering crowds numbering in the hundreds of thousands to hear his groundbreaking lessons founded in the Holy Spirit.

He has, for instance, held sold-out events at London’s O2 Arena, Johannesburg’s FNB Stadium and more.

However, the COVID-19 pandemic and the subsequent restrictions placed on movement and gatherings have prevented Pastor Chris Oyakhilome from delivering his healing sermons directly to those in dire need.

Therefore, he has taken to online means such as the Healing Streams TV, which was founded just over two years ago.

Online and televised services like the Healing Streams Live Healing Services and the pastor’s Global Days of Prayer have proven a huge success for him, catapulting the pastor to a worldwide stage and introducing him to new audiences around the world.