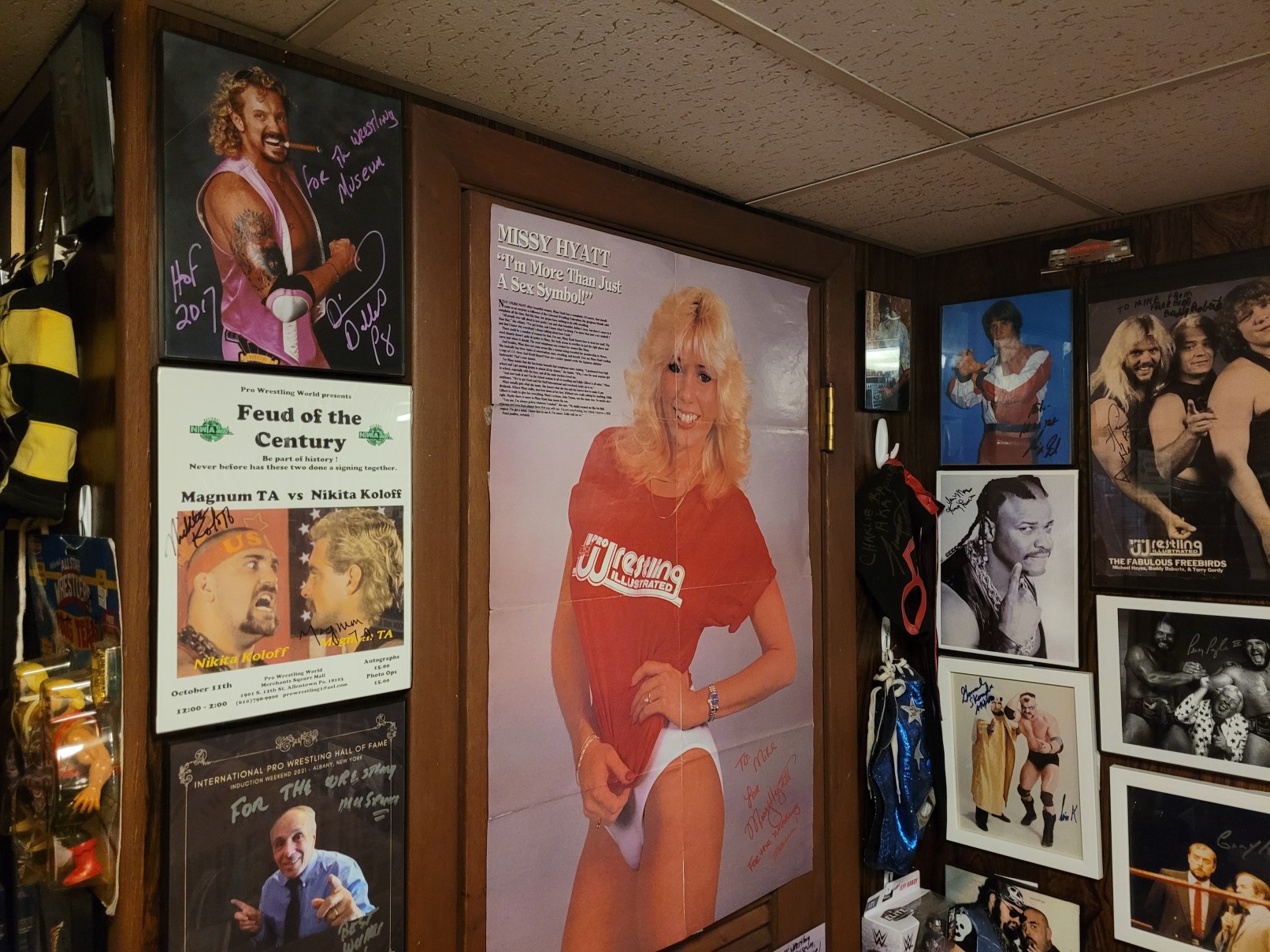 The storied history of professional wrestling is on display at the fantastic Pro Wrestling Mini Museum. Here, fans can explore a loving tribute to the world of wrestling, and find autographed memorabilia and photos of the industry’s biggest stars and events.

The museum was started by Mike Parker, with just a small collection of magazines and 8×10 photographs. Over the years, his collection of wrestling paraphernalia began to grow. Spurred on by the love he saw for wrestling in other museums, including the Adventure Land Store and Pro Wrestling World Museum, Parker grew his mini museum into something very special and unique.

He added the Wrestling Wall in 2015, which is made-up of a collection of signed photographs. After the closing of Pro Wrestling World at the beginning of 2018, Parker took advantage of the closeout sale to add to his growing series of displays. As Pro Wrestling World shuttered, that museum gave its customers the opportunity to submit a request for the items they would like to purchase for their personal collections. These became some of the key displays in Parker’s mini museum.

From there, the Pro Wrestling Mini Museum started to really take off. Added to the collection were a variety of autograph classic magazines, as well as memorabilia and costume components that were actually worn on TV or in the ring. A lot of the ring worn articles are never publicly displayed and end up in personal collections. Parker wanted something different for the items he was collecting. Because he was a fan, he knew what fans wanted, and he hoped to be able to share his collection with the world. He believes ring worn items and other memorabilia that are important to the industry deserve to be seen by fans. He simply didn’t want to keep all those treasures for himself.

When speaking about the museum, Parker says it has something for everyone. On display, visitors will find WWF memorabilia from the 80s. In fact, there is a dedicated area in the museum just for those kinds of items. He has paraphernalia from the Four Horsemen as well, including autographed and ring worn items. If fans are looking for stuff from World Class Championship Wrestling, they’ll find it here in the mini museum as well.

The entire experience is divided into carefully thought-out wings, including areas dedicated solely to the ladies of wrestling. The museum has been a big hit with fans, and attracted the attention of major companies that have helped promote the museum through social media. This is where fans will find an immersive experience that’s not limited by its small size.